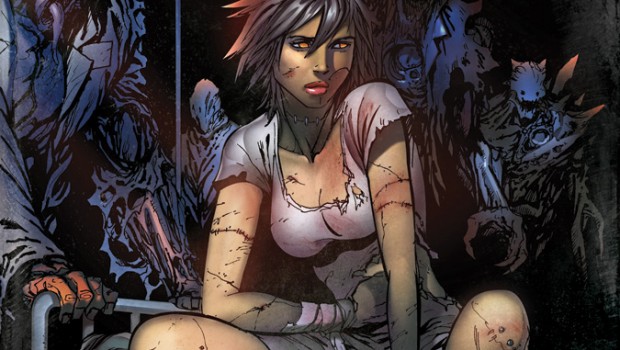 “SCREWED fits right into the Zenescope wheelhouse and is a perfect addition to our catalog of titles. The combination of Tyler and Zenescope makes this book a must have.” says Zenescope Marketing Manager Stephen Haberman.

“I’ve always been a huge fan of Horror films and I love the idea of Frankenstein.” Says creator Tyler Kirkham “It’s a story that’s been retold a million times but none have been like this! This has horror, action and some flat-out sick, twisted moments! I always thought Zenescope would be a great fit for the story as it has a strong lead female role. I’m extremely excited for this series.”

SCREWED is available now for pre-order through Diamond’s April edition of PREVIEWS.