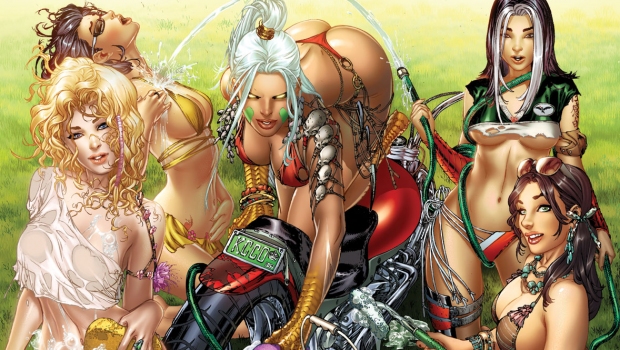 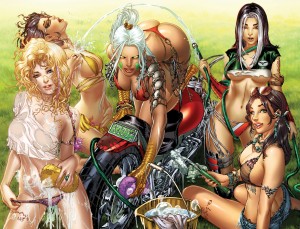 Zenescope Entertainment announced plans for Wizard World Philadelphia 2013. The company has been exhibiting at the convention at the Pennsylvania Convention Center all weekend long as well as sponsoring the after-party at the Fieldhouse on last Saturday June 1st.

Zenescope had several limited edition exclusives available for sale at its booth, including covers by artists Eric “EBAS” Basaldua, Elias Chatzoudis, Tyler Kirkham and Anthony Spay. Joe Brusha and Ralph Tedesco, Zenescope co-founders and writers/creators signing at the booth throughout the weekend along with Raven Gregory, Anthony Spay, Pat Shand and Tyler Kirkham.

The highlight of the convention has been the Philadelphia premiere of the pilot episode of Grimm Fairy Tales Animated. The screening has been packing the house since its debut at C2E2 in April and will be shown FREE (on a first come basis) at the “Grimm Fairy Tales Animated” screening held on Saturday, June 1st . The screening was to be hosted by Zenescope co-founders and producers Joe Brusha and Ralph Tedesco and director/ producer Jon Schnepp. The pilot features the voices of Lena Headey (Game of Thrones, 300), Briana Evigan (Step Up 2, The Devil’s Carnival, Chris Hardwick (Nerdist), Robert Forster (Jackie Brown) and character designs by top artists such as Alex Pardee, Eric Powell and Bill Sienkiewicz. The panel also featured never seen before behind the scenes footage of the making of the pilot!

Here are the exclusives that were available at the booth: