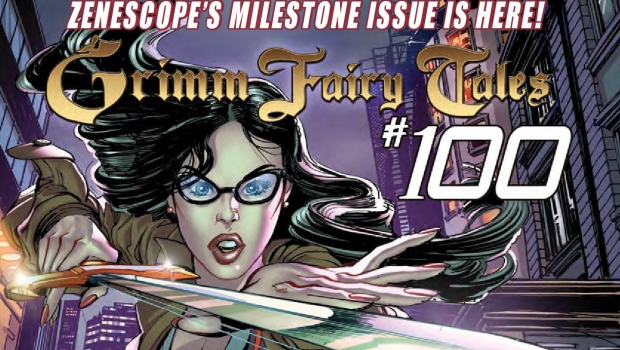 They will be releasing the historic 100th issue of GRIMM FAIRY TALES, which will be written by co-founders Joe Brusha and Ralph Tedesco, and drawn by art director Anthony Spay.

Along with that, they will be launching REALM WAR #1, the event series that follows the catastrophic fallout of the events of #100.

These comics, among other highly anticipated series such as GRIMM FAIRY TALES VS. WONDERLAND and the double-sized WONDERLAND #25, are featured in this month’s PREVIEWS.