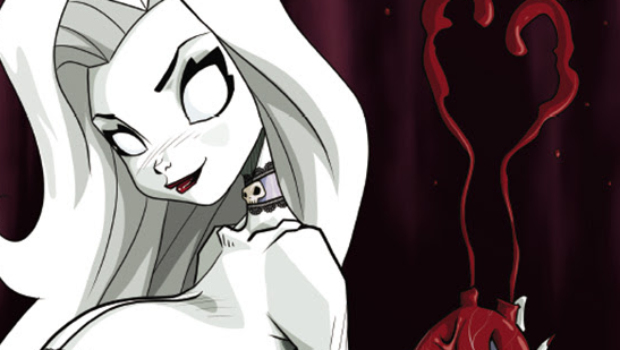 Coffin Comics announced today that Zombie Tramp creator Dan Mendoza has signed a 2018 agreement to produce over a dozen new covers for Coffin Comics characters including Lady Death, La Muerta and other properties. 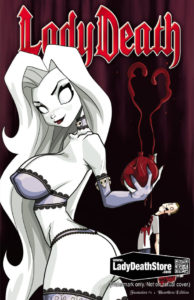 “What a great honor it is for me to be working with Brian on this run of covers,” says Mendoza. “As a Teenaged aspiring comic artist, I remember seeing him at small hotel shows hustling his books. The coolest thing about it was that it showed me that comic books didn’t need to always be about super heroes. There were other genres out there. Dark genres. Genres that called to me more than buff guys in tights. Now, years later, I’m happy to join in on this and contribute to one of most iconic characters in comic book history, LADY DEATH!”

With a background in animation and a love for comic books, Dan Mendoza set out to make his own title Zombie Tramp using the elements that influenced him most including Grindhouse movies, Russ Meyer Films, Tokyo Shock cinema, horror, and anime.

“Dan Mendoza is a singular, unique and amazing talent. I am totally knocked out by his work, his vibe and I am excited to see his contributions to the Coffin Comics “Darkverse,” says Coffin Comics publisher Brian Pulido.