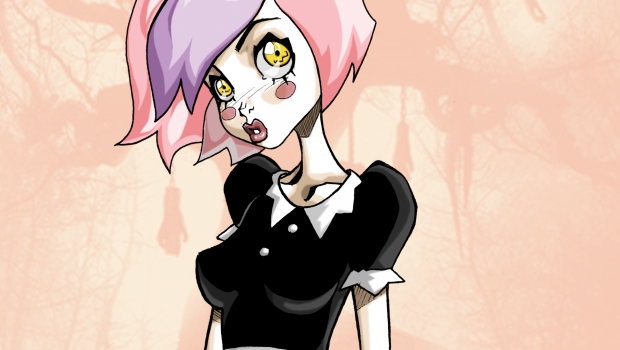 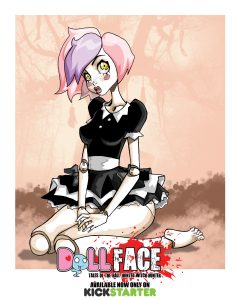 Spinning out of the pages of Zombie Tramp! What happens when the soul of a witch’s virgin sacrifice from 17th century Salem, MA, gets infused into a life-sized, ball-jointed, 3D printed, sex bot in present time? Get set for this quirky adventure full of M.I.T. nerds, Necronomicons, sadistic witches, cute sidekick ghosts and one bad-ass witch hunting, Gothic Lolita.

Dan Mendoza has been working in animation and producing comics for nearly a decade, creating the runaway hit series, Zombie Tramp under the Action Lab: Danger Zone label.

Zombie Tramp has sold over 300,000 single issues since its debut in 2014, boasts a impressive nine-volume trade paperback series and is a hit in the comic con circuit with inventive, exclusive variant editions.

A lifelong fan of horror comics and grindhouse films, Dan lends his skills as the writer and artist of Dollface.

Bryan Seaton is the co-creator and editor of Dollface. A jack of all trades, he’s served as a Production Manager, Editor, Designer and Publisher. Currently, he is the CEO of Action Lab Entertainment, and works tirelessly in the pursuit of making the best comics on the market.